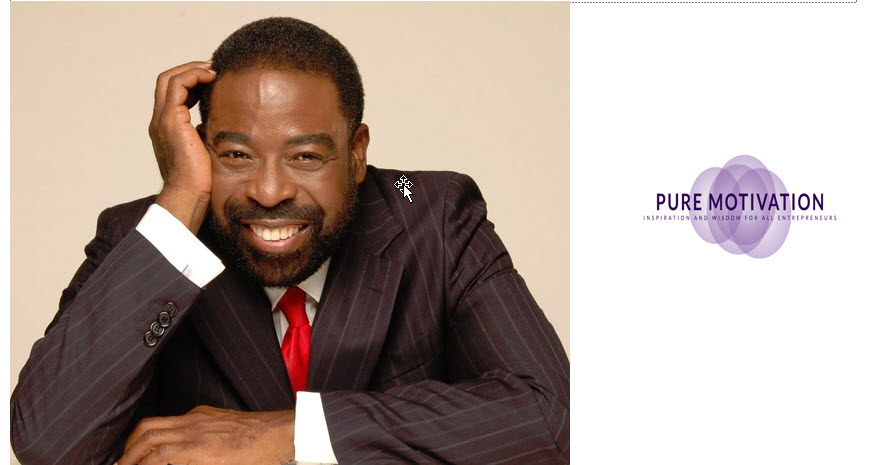 Les Brown was born a twin along with his brother Wesley on 17th February, 1945 at a dilapidated building in Liberty City, Miami. Leslie and his brother were conceived by an extra marital affair of their biological mother.

Upon conceiving them, their mother quietly visited Florida to give birth in secrecy and within three weeks she put them for adaption. When both brothers were six weeks old, they were adopted by a 38 year old generous spinster, Mamie Brown who worked in a coffee shop.

Les attended formal school along with his sibling but on reaching grade five, his teachers considered him a misfit and mentally slow in comparison with other children, as he was more inclined towards seeking attention and was a poor student.

He began to believe the opinions of his teachers and considered himself a slow student, but his adoptive mother thought otherwise. To put it bluntly Les was in special ed with the retarded kids.

His mother and one of his high school teachers recognized his potential. With their guidance, Les learned how to challenge himself and his ambition for his life. On passing high school, he never stopped learning and continued to educate himself.

He spent a few years with the direct sales company Amway after graduating high school.

Well, after graduating high school, Les Brown became a city sanitation worker, but he had bigger dreams than that.

Les Brown wanted to pursue a career in radio broadcasting. He loved the cadence and style that disc jockeys had so he decided to go after it.

One day, after constantly practicing his DJ skills in his home with a brush as the microphone, Brown decided to head down to one of the local radio stations in hopes to become a DJ. When he got into the station manager’s office, the manager asked, “Do you have any background in broadcasting?”

The station manager figured that would be the end of Les Brown bothering him. But that manager gravely underestimated Brown’s determination to become a disc jockey.

Brown marched into the general manager’s office every day for the next week, hoping a job would be available. Finally, the station manager relented and gave him a job as an errand boy and the rest is history.