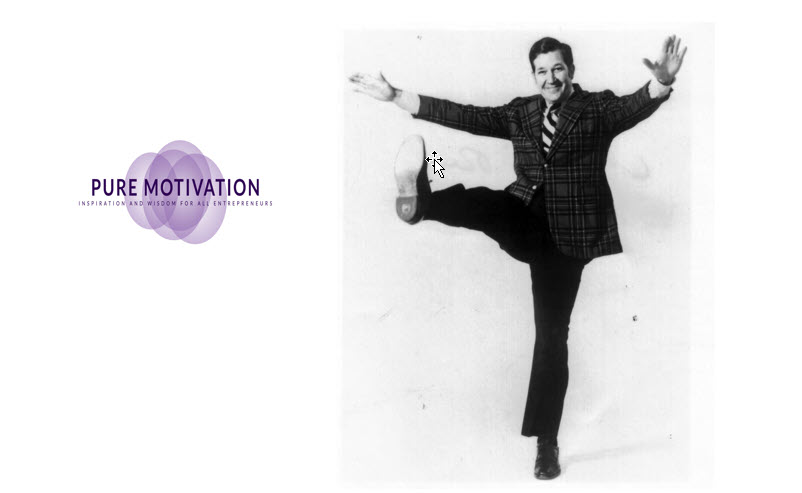 I think the first time I met Charlie “Tremendous” Jones was at a
Shaklee conference.  I hired him to speak at one of our first NII
conferences years later and our crowd loved this humble, gracious,
man.  He believed in reading and because of that, wisdom flowed
through him every time we talked on the phone or he spoke in
front of an audience.

As a speaker Charlie Tremendous kept the room in stitches. He had
a mission in life and it was to use humor & serious stories to help
people to change their lives for the better by reading good books.

Charlie is guy that inspired me to set a goal to read 20 books
a year early in my early entrepreneurial days.  Today, I read several
books a year, but because I am an auditory learner, I consume about
50 audio books a year through audible. That habit started for
me because of Charlie Jones.  Charlie Jones was one of the
Inspiring Motivational speaker I have ever known.

WHERE DID TREMENDOUS COME FROM?

If someone was getting married Charlie would say Tremendous.
If they were having a baby…Tremendous.  If they got a raise,
or promotion in their job ….. Tremendous!

Soon everyone around Charlie Jones, realized he was a tremendous,
unusual, and value focused human being. Charlie was the one that
was tremendous and so the name Charlie Tremendous Jones was
born.

Nobody on the planet believed more in “self-education” and reading
than Charlie.  For over 50 years his mission was to help people
improve themselves through reading. 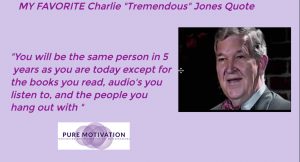 Charlie started his business career as an insurance agent when he
was only twenty-two years old. By the time he was twenty-three he
was awarded his agency’s most valuable associate award.

He later said about that award that it was because everyone else
had given up and quit. Ten years later he received his companies
highest management award for recruiting and development of
agents within the company.

In 1985 Charlie was awarded the President’s award by the Harrisburg
Pennsylvania associate of underwriters & in 2004 he received his
(RFC) Registered Financial Consultant distinction.

In 1965, he founded Life Management Services as a side gig to share
his life and business experiences through workshops and consulting.

Executive Books was also founded around this time which today is known
as Tremendous Leadership and is operated by Charlie’s daughter Dr.
Tracey C. Jones.  Our parent company Calvert Marketing Group, still
does business with them today.  We order many books including
Og Mandio’s Greatest Secret in the World which is part of our Programming
Your Mind for Success System.

Thousands of audiences around the world have experienced nonstop
laughter as Mr. Charlie “Tremendous”  Jones shared the wisdom he gathered
through experience and books about life’s most challenging situations in
all of the important areas of life.

Charlie was the author and editor of several books, including Life Is Tremendous
which to date more than 2,000,000 copies have been printed in 12 languages.

He was featured in numerous other speakers’ books and training programs
including: “Leadership by the Book” series with Ken Blanchard, “Excelling in the
New Millennium” with Jim Rohn, and many more.

Charlie Jones was one of the leaders and founding fathers of the personal
and professional development industry. His legacy lives on through the
countless people he has positively impacted, and through the books he
wrote & countless presentations he gave.