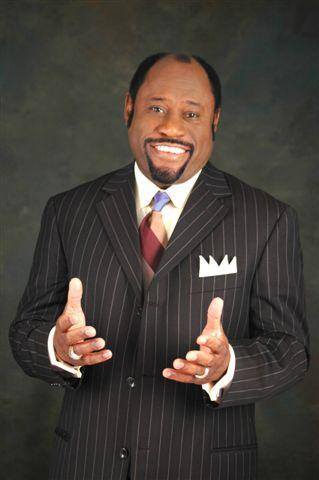 My sincere hope is that sometime in a persons life they are exposed to the genius of Dr. Myles Munroe.  Early in my team building career I had a downline member give me a Miles Monroe audio cassette as a gift.  I wore it out. Literally,  finally the tape exploded in my cassette deck, and that was the end of that.  However everything I learned during that time stayed with me throughout my career.

Out of the blue a couple of years ago, I ran across  a few of Mr. Mononroe’s books and videos, and I have been into them every week since.   He is truly one of a kind.  Yes he was a pastor, but he was also a business man, father, husband, and much more.   If you are an atheist don’t even bother listening, however if you are a believer there is probably no one that I have ever heard that will touch your heart and soul the way Dr. Miles Monroe will.

Dr. Munroe was a sought after Global Motivational Speaker who spoke at over over one hundred and thirty countries. Munroe also made his greatest impact to the world as a Business Coach to Fortune 500 Companies teaching the principles of Leadership from a biblical perspective. Dr. Munroe, along with eight others, died tragically in a plane crash on 9th November 2014.  The world will never be the same, but at puremotivation.com  we want to do our best to share Dr. Monroe with future generations and those who never had the opportunity to hear him when he was alive.

Born in 1954, Myles Munroe grew up in one of the poorest shanties in the Bahamas. Munroe lived with his parent and ten sibblings in a two bedroom home. In his early years, Munroe and his brothers slept on the floor among the rats and cockroaches every evening.   By all indications there was Love in the home, but not much more.

At the age of thirteen, he read the four Gospel Books of the New Testament namely Matthew, Mark, John and Luke as he began to question if God was prejudiced. At that time the Bahamas was a British Colony of the United Kingdom and, although the population was primarily black, all the power and economic clout was in the hands of the white minority comprising mainly of United Kingdom nationals.

By the time he was  fourteen years old, Munroe had memorized Mathew, Mark, Luke & John of the New Testament. He later stated many times that memorizing those 4 books of the Bible helped to give him a new perspective on life that nothing was impossible. 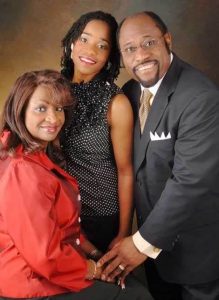 Munroe said at  fourteen, he found out who he was after a Teacher, named Mr. Robertson from the UK called him  a ‘black monkey’. In fact, Munroe added that this said Teacher insulted him saying that he was “retarded” and that “black
people cannot learn sophisticated things.”

Feeling humiliated and inhumane, Munroe went home and told his mother of the insults. Immediately she got a Bible and instructed him to Ephesians 3:20 which reads: “Now unto him that is able to do exceeding abundantly above all that we ask or think, according to the power that worketh in us.”

This new thinking changed Munroe’s life for the better and he began to prosper. After realizing that the power was not in his Teacher, but that it lived within him, Munroe educated himself and graduated top of the school thereafter. Munroe went on to attend University and obtained three Bachelor Degrees, a Master’s Degree and 5 Doctorates which were bestowed upon him by five different Universities.  However the God given emotional intelligence he had  was evident in every sermon he ever preached and every talk he ever did for Fortune 500 companies around the world.

There is a great, redemptive and emotional ending to the encounter with regard to the Teacher, Mr. Robertson. Munroe recounted that one time when he visited England to facilitate a leadership training conference, and at a book signing at the hotel, he met Mr. Robertson who wanted him to autograph two of his books he had bought. 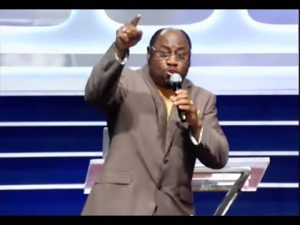 Mr. Robertson who had by that time was very old, introduced himself to Munroe and apologized for way he treated him as a student. Munroe said that he responded to him with these words. “Mr. Robertson, don’t you
ever again underestimate a human.” Both gentlemen hugged and kissed. This ending of this initial sad episode demonstrated several life lessons including, a redemptive spirit, the power of forgiveness and that by being success, you can silence your critics.

Dr. Munroe’s ministry was based primarily on the view that everyone was born with a purpose and with gifts to be used for the betterment of humanity. “The greatest tragedy in life is not death,” he wrote, “but a life without a purpose.” He also placed emphasis on the Kingdom of God and highlighted that the entire Bible, including with the message of Jesus, revolves around the Kingdom of God and not a religion. 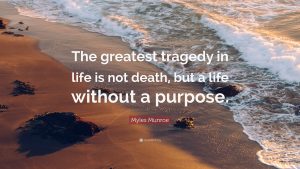 Dr. Munroe’s rise to fame was incredible and is truly an inspirational story for ordinary people to emulate or aspire to be. His life story epitomizes the saying that persons should not allow their hereditary to determine their destiny. In other words, no matter how much mankind tries to keep you down, they cannot succeed because promotion comes from God. Munroe’s story gives hope to all of us who came from humble beginnings.

Dr. Munruoe was a genius who understand Emotional Intelligence at a level very few people can even begin to understand.  If this is your first introduction to him, you will probably fall in love with his philosophies immediately, or you won’t.  When I count the 5 most influential speakers in my life, Dr. Monroe has probably been my #1 Spiritual adviser outside my family members,  over the past few years &  I and I never had the opportunity to meet him personally.

Truer words where never spoken than what you are goint to hear in this video: You must understand it doesn’t matter if you believe what you are about to hear or not, your personal beliefs Read more…